House Made of Dawn is a novel by N. Scott Momaday, widely credited as leading the way for the breakthrough of Native American literature into the mainstream. It was awarded the Pulitzer Prize for Fiction in 1969.

In this story, a troubled young Native American named Abel is struggling with the modern world and the loss of his heritage. We follow him through his return to New Mexico after World War II, his time in Los Angles after a stint in prison, and his return home again. As before, I will not give a synopsis of the book as those are plentiful on the Web. I will instead focus on the themes that moved me.

At only 198 pages, I picked this book next because it was shorter. But much like a small piece of very rich cheesecake, the density of the writing made this book a joy to work through. In particular, the descriptions of the landscape are just exquisite. Having hiked the mountains of west Texas and southern New Mexico, I can tell you Momaday brings these places to life through the word pictures he draws.

The great depth and effort he goes into describing the landscape and the character’s love and bond to it reinforces how important these aspects of life are to the Native Americans – it drives home to the reader that this is the source of happiness and fulfillment to Abel. And hence – the loss of this lifestyle and attachment are what drive him to unhappiness and excessive drink to escape the pain.

The second theme is the tempo of life Abel is dealing with. On the reservation, life shares a tempo with nature – there is no sense in hurrying, no sense in rushing – the sun comes up when it comes and sets when it sets. But in the Army, and again in Los Angeles, Abel has to be at work at a certain time, deal with traffic and the bustle of the city – and he cannot stand it. The stress is unnatural and he escapes through drink. He also struggles with his fellow Native Americans who have adapted all too well to the white man’s world.

The are a multitude of themes and imagery in this book – too many to go into here. But the overriding theme of the book was – pain. The emotional and physical pain Abel feels due to the loss of all he loves over the course of the book, finally ending with the death of his grandfather (his last attachment to the past) at the end. That sounds depressing, but it is reality – the reality that existed whenever native cultures came into clash with the modern world. And understanding this pain is central to understanding the issues the Native Americans have had in adapting to the modern world.
Posted by Ag_in_TX at 4/27/2009 09:49:00 PM 1 comment:

Olive Kitteridge is described as a ”novel in stories”. I’m not a big fan of short stories, and so wasn’t convinced that I’d enjoy this book, but as it won the Pulitzer prize I thought I’d give it a try.

I think the emphasis on this being a collection of short stories is misleading, as it is essentially just a novel about one woman, Olive Kitteridge. The story is told through the eyes of various people who knew her, capturing the important moments in her life, in what at first, are seemingly random snippets. The use of small-town gossip, to tell much of the story was a clever medium, which I haven’t seen used before.

The book begins quite slowly, and I have to admit that for the first few chapters I didn’t know what to make of it. The writing was very vivid and powerful, but the large number of characters meant that I wasn’t sure who, or what, was important. About a third of the way through things began to fall into place. Olive’s character became prominent, and I felt that I understood what was happening. I don’t want to give anything away, but I think it is important that you know that the overwhelming emotion I felt on completing the book was that of heartbreak. This book is incredibly touching, and packed with feelings of sadness, and loss. It questions which things are important in life, and examines the relationships between family members who have forgotten how to love each other. Olive’s emotions are powerful and realistic. All mother’s will sympathise with her feelings of isolation, as her only son distances himself from her.

Overall, I found this to be an insightful, touching novel on the reflections of an old woman nearing death. It is a great book, and I think it is worthy of the Pulitzer prize, but I’m not sure it will stand the test of time. I think it will probably end up on that list of ‘the most forgotten Pulitzers’ in 50 years time.

Recommended to anyone who has the patience to piece together a great story. 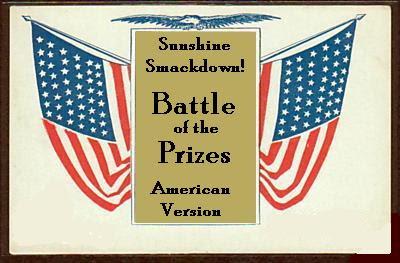 My participation with this Pulitzer Project has been woefully feeble. In part to jump start my enthusiasm for reading the Pulitzer winners, I just launched a reading challenge on Rose City Reader.

I will start by admitting I had a hard time wading through this book. I think every parent of a college age student would have trouble with this book as it touches on illogical and unfounded fears that, after your child finishes college, they will want to move home and make nothing of themselves!

Putting aside that fear, the protagonist in this story, Ignatius Reilly, is, in my humble opinion, the most unlikeable leading character in just about any book I’ve ever read. Utterly self-centered and slothful, he blames everyone and everything for all misfortune in his life. His mother is a poor creature who schizophrenically swings between doting mother and drill instructor parent.

In fact, all the characters are fraught with shortcomings and flaws that leave you feeling various states of pity, hate and confusion – but often leave you laughing at them.

Instead of giving a synopsis of the book, I will touch on some points that came to me while I read the book.

- Ignatius’ diatribes in his journals were, for me, the hardest parts to read as he waxed melodramatically about a wide range of subjects. I thought, as the book progressed, he was descending into mental illness and his mother’s final actions were warranted.

- How interesting that, in the end, his savior is the one person, the one fixation, that he could focus his energies on throughout the book – his old college “girlfriend”, Myrna Minkoff – but almost always as hatred and anger. As he escaped a trip to the mental hospital (and, frankly, escaped his entire existence, a mental prison he had built himself into), I was left with a sense of relief – relief for him and everybody in New Orleans his life had touched.

- It was interesting that every character in the book was tied up some sort of stasis (Trixie never being able to retire, Levy hating his own company, Mrs. Reilly’s alcoholism) that had gone on for years, and that the entry of Ignatius Reilly (who lived in a most perpetual stasis of his own) was the catalyst that kick started their lives.

- Ignatius’ “valve” – what was that? What is that supposed to be an image of? He thought it a real, physical thing – but was it really his own mental block against the whole world? A true mental illness? There must be some symbolism to the “valve” that I am missing – it was so central to the way he reacted to everything he encountered.

In short, this is a book I almost hated to keep reading but could not put down. Odd? Well, yes. Perhaps I was overcome by a bad case of literary “rubbernecking” – I just had to know what happened next. But in the end, no matter how much I loathed Ignatius J. Reilly, I wanted him to escape – for the sake of everyone involved.
Posted by Ag_in_TX at 4/13/2009 07:57:00 AM 4 comments:

I started this perpetual challenge in 2007, and in 2008, my goal was to read 8-10 Pulitzer winners. I read 8 and have now read 20 of the more than 80 winners. I'm less committed to completing this challenge than to just enjoying good literature. My 2009 goal is to read at least 6, including the 2009 winner.

My complete list of Pulitzer Winners read can be found here.

Selina DeJong spent her childhood traveling the US with her father, who made his living as a gambler in the late 1800s. He instilled in her a sense of independence so strong that after his death Selina decided to make her way as an independent woman, finding work as a teacher in a Dutch farming community on the Illinois prairie. She boarded with a family, and despite being a fish out of water she gradually drew closer to the family and especially their oldest son, Roelf. Eventually Selina married a local man, Purvis DeJong and had a son, Dirk (known by his nickname, "Sobig," taken from a game Selina often played with him as a baby). Over the years Selina transformed from city girl to farm wife, and exerted strong influence over the development of both the farm and her son.

The pursuit of beauty is a prominent theme in this book:
"It's beauty!" Selina said then, almost passionately ... "Yes. All the worth-while things in life. All mixed up. Rooms in candle-light. Leisure. Colour. Travel. Books. Music. Pictures. People -- all kinds of people. Work that you love. And growth -- growth and watching people grow. Feeling very strongly about things and then developing that feeling to - to make something fine come of it." ... She threw out her hands in a futile gesture. "That's what I mean by beauty. I want Dirk to have it." (p. 146).
On arrival in High Prairie, Selina is struck by the beauty of cabbages and other produce, much to the amusement of the hard-working local farmers. She finds beauty in most aspects of her life, and works hard to instill in Dirk that same appreciation of, and wonder for, beauty. Most of the time Dirk respectfully tolerates her chatter, seeing it as old-fashioned but endearing. But it's clear to the reader that Dirk is on his own journey to discover beauty through education, work, and relationships.

So Big won the Pulitzer Prize in 1925 and it's easy to see why. On one level, Selina's story is a compelling portrait of farm life at the turn of the 20th century, and Selina is an unusually strong woman for that era. Then Ferber weaves in additional characters and subplots to create a beautiful tapestry. Add to that the search for beauty in its many forms, and So Big becomes infused with meaning not found in many books. Highly recommended. (

My original review can be found here.