Interpreter of Maladies
By Jhumpa Lahiri
Completed May 18, 2009

What can I say that hasn’t already been said about Interpreter of Maladies by Jhumpa Lahiri? I feel like the last person in the book world who hasn’t read it – and I am not sure what I was waiting for. Interpreter of Maladies was beautiful, poignant and thought-provoking, full of stories and characters that I will remember for a long time.

This Pulitzer winner was a collection of short stories – all centered around “maladies” that affect humans, such as loneliness, homesickness and regret. Each story touches on one malady, brilliantly represented by characters of Indian origin (either living in India or the U.S.). The stories brought the reader through a full range of emotions – sometimes happiness, other times grief. This was no small feat, considering you get to know the characters in only a few pages. That’s a testament to the power of Lahiri’s writing. Each short story evoked an emotional and very human response.

Another reviewer commented that she wished each short story was a full novel. I couldn’t agree more. Interpreter of Maladies packed richness in every punch. I am not an avid reader of short stories – mostly because I want more after finishing the story – but I learned with this book that wanting more is a good thing. Without a doubt, Interpreter of Maladies left me wanting to read more by this talented young writer. (

Laughing Boy was published in 1929, and is billed on the cover as "the first authentic novel of the Navajo Indians." Oliver LaFarge was something of an authority on Native Americans, working as an activist most of his life. So I expected an account of day-to-day Native American life, describing customs and rituals that are more widely understood today. LaFarge does this in a surprisingly eloquent, lyrical way, such as this passage describing the start of a horse race:
Arrows from the bow -- no other simile. At the tearing gallop, flat-stretched, backs are level, the animals race in a straight line; all life is motion; there is no body, only an ecstasy; one current between man and horse, and still embodied, a whip hand to pour in leather and a mouth to shout. Speed, speed, but the near goal is miles away, and other speed spirits on either side will not fall back. (p. 56)

But this book is much more than cultural education. It is also a beautiful love story. Laughing Boy, a Navajo brave, meets Slim Girl at a dance and is instantly taken with her. She was raised by whites, so their relationship is controversial within Laughing Boy's family & tribe. She also has a bit of a reputation that he is blissfully unaware of. He helps her reconnect to her roots and learn traditional crafts; she helps him discover the wider world beyond his tribe. Their relationship evolves as they come of age themselves. LaFarge is far less lyrical when writing about relationships, and yet he manages to convey each person's deepest feelings of love, and of fear of failing the other. This book gets a 3-star rating because while it was good, it lacked a certain depth. It almost earned another half or full star because of its very moving ending. Recommended. ( 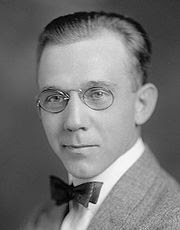 I read the first Pulitzer Prize winner, His Family by Ernest Poole, for my first entry into this Pulitzer Project. I see that there have been a couple of very thorough reviews already. The novel is about a widower and his three adult daughters, who each seem to exemplify a "type" of woman of that time. The oldest daughter, Edith, is caught up in her own family. She'll do anything to protect her children and would never consider working outside her family.
Deborah, the middle daughter, probably represents the "new" woman of the time--she works at a school and has thousands of tenement children she is interested in. She is a quintessential do-gooder and probably was a socialist and a suffragist. The youngest daughter represents the pleasure principle. She loves fashion and travel; she marries, has an affair (as does her husband), divorces, and remarries.

The characters never really transcend the stereotypes. I can understand, however, that the Pulitzer Committee perceived this as a novel of ideas and of society.
Posted by sunt_lacrimae_rerum at 5/01/2009 10:35:00 PM 1 comment: